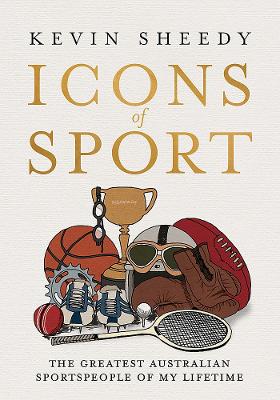 Footy legend Kevin Sheedy crosses codes to celebrate the most iconic Australian sportspeople of his time, paying tribute to the 28 men and women whose feats have most inspired him during a life in sport. From Jack Brabham and Evonne Goolagong Cawley to Lauren Jackson and Cadel Evans, this pantheon of Aussie greats also includes illuminating interviews with John Bertrand, Michelle Payne and Jessica Watson. An old footy rival gets a guernsey too - with Sheedy honouring Denis Pagan, the former player and coach who re-invented himself as a horse trainer and won the Australian Derby at his first attempt.

Packed with wisdom, wit, insight and memories, Icons of Sport is a treasure trove for all Australian sports fans from one of the most colourful and cherished characters in the country.