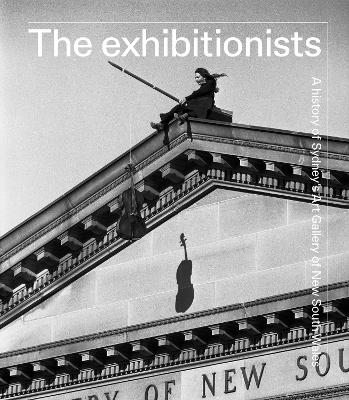 In 2021, the Art Gallery of New South Wales celebrates its 150th anniversary. Since its founding as an academy of art in 1871, its evolution into one of Australia's premier public art museums is testament to the enthusiasm and ingenuity of its staff, trustees and supporters, and to the artists whose works have drawn in the people of Sydney and beyond.

The exhibitionists is the story of the people who made the Gallery. It peels away the layers of official narratives to find the often-overlooked histories bubbling beneath the surface. These are tales of big personalities and great talents, of groundbreaking exhibitions and table-thumping conflicts, all underpinned by an unwavering commitment to bringing art to the people.

Steven Miller, the Gallery's archivist, is uniquely placed to bring these stories to light. It's an inside view, and an outside one too, as Miller steps back to explore the society and cultural values that produced this iconic institution and tracks how it has morphed and modernised in step with those values - and ahead of them - for the last century and a half.

The exhibitionists brings to light the history of an art museum in its 150th year - an anniversary also reached by The Metropolitan Museum, New York, last year. It is both a local Sydney story but part of a broader international one in the ways public museums develop, represent and present culture and evolve with the times.